How Would You Spend 50M To Accommodate An Aging Urban Population? 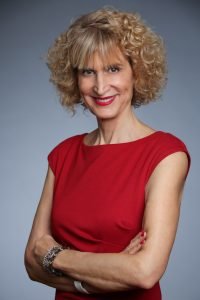 A MeetUp In Chicago

I recently attended a Meetup in Chicago on the topic of Aging In Chicago. The group was divided into small groups of 4-5 people and were asked to come up with ideas on how to better accommodate an aging population in Chicago.

Today’s Wall Street Journal addresses the fact that by the year 2040(see retirement section) 1 in 25 people in the United States will be over there of 85.

SO- the question for this Meetup resulted in several ideas. Some of them were new to me, and are quite creative. They include driverless cars to help aid in healthcare, assisted living on college campuses, and REITS that invest in senior communities.

The leader of the MeetUp(who was quite young) then asked us to take post it notes, and determine how we would all spend 50 Million Dollars to aid this growing and aging population. The following ideas are pinpointed as worthy of some of those dollars!

— IOT Monitoring which provides sensors in homes to monitor appliances being turned off and a person’s heart rate!

Most of the attendees were in their 40’s or 50’s. Any more thoughts on how to help people age in place in an urban setting? All suggestions are welcomed.