His Glass is Definitely Always Half Full! 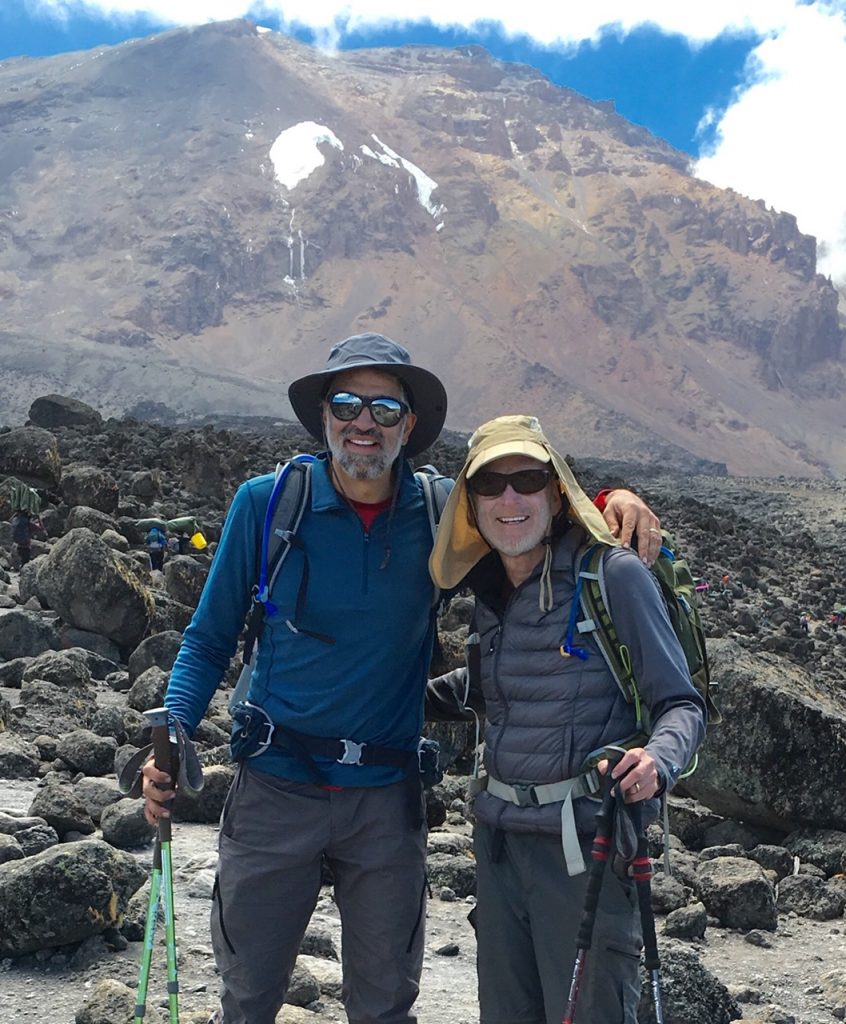 Photo of Ken Brown (right) in Tanzania near Mt. Kilimanjaro.

Meet Ken Brown, an almost 70-year-old practicing lawyer who is successful in surviving one of the most deathly cancer diagnoses. Brown at age 64 is fortunate in the sense that his pancreatic cancer was caught at Stage 2 (not too common with this disease), and he was the type of person who not only perceives life with the half-full glass mentality but actually sees life as a glass overflowing!

Brown, after a rigorous round of treatment and cancer, was talking to his surgeon after a successful scan, and casually asking him about his summer plans. His doc turned to him and said, “I’m going to Tanzania to climb Mt. Kilimanjaro.” Brown explained quickly that climbing Mt. Kilimanjaro was his life dream. He was invited along and with the reassurance of his wife and doctors, accompanied his oncologist to Tanzania.

It was the ultimate in life adventures and being able to make it five out of six days was even more life confirming. Also, Brown’s attitude from the get-go, of knowing he would survive the disease is a wonderful example of growing older with gusto.

Listen in to hear the details on how with the help of doctors, family and organizations like The Lustgarten Foundation, Brown is moving on with his life! Bravo, Ken Brown!